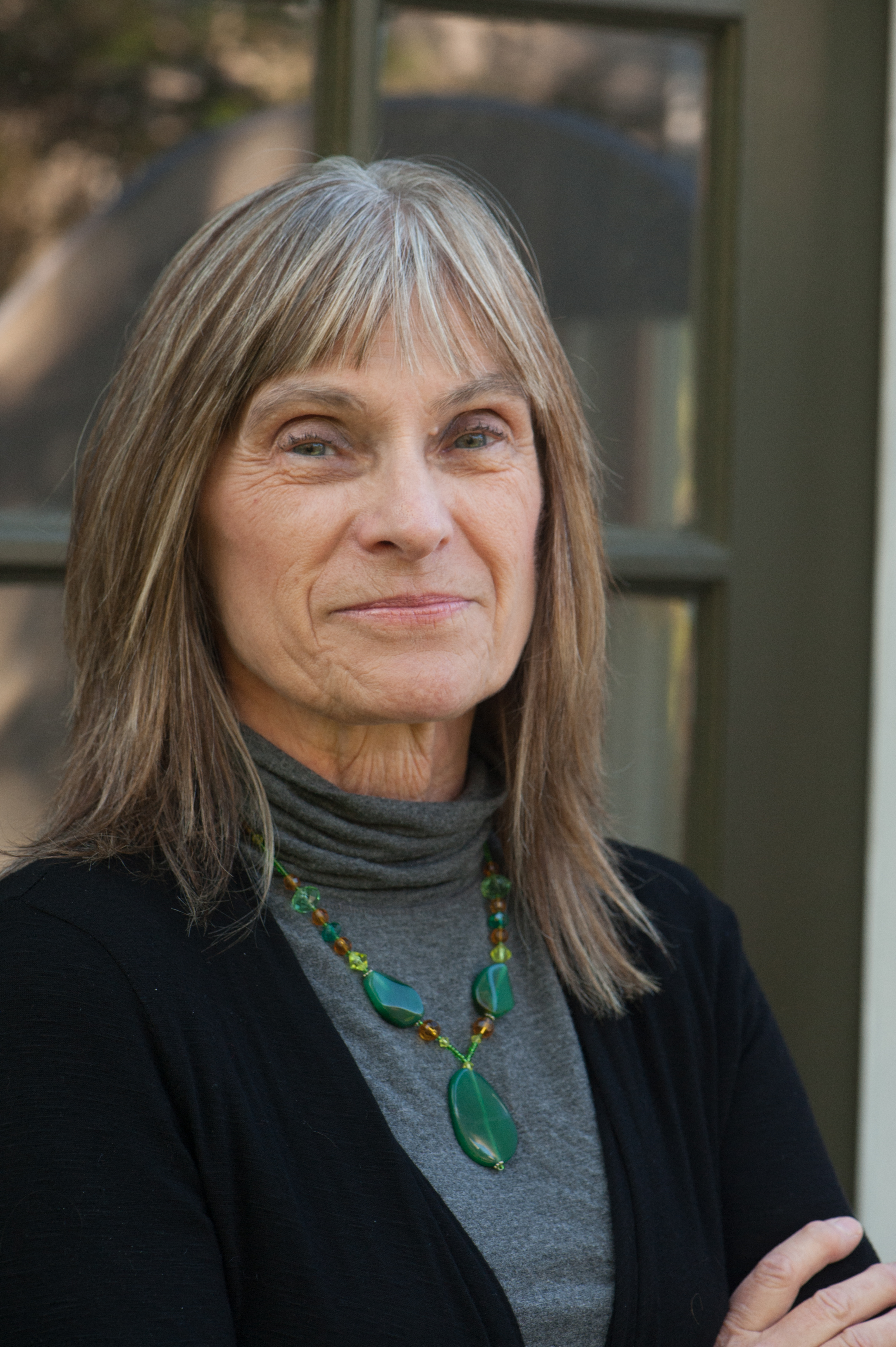 Susan is the author of 11 novels including her 2010 novel, ONE GOOD DOG, which enjoyed six weeks on the New York Times bestseller list and THE DOG WHO DANCED which received the coveted Maxwell Medal for Fiction from the Dog Writer’s Association of America. Her novel, THE DOG I LOVED, was released in November 2019.  Susan’s first published novel, BEAUTY (1996), was made into a CBS Sunday Night Movie starring Jamey Sheridan and Janine Turner and can still be seen occasionally on the Lifetime network.  A MAN OF HIS OWN (2013) , was named as the One Book One Independence 2020 selection by the Independence Public Library in Iowa.

Susan is happy to announce that her latest (and 12th!) book, WHAT A DOG KNOWS is scheduled to be released on June 22, 2021.  Of course, advance ordering is always welcome. 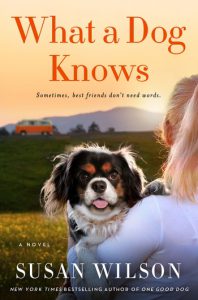 She lives on Martha’s Vineyard with her husband, a retired school teacher, and their spoiled Cavalier King Charles spaniel, Cora.  She has two grown daughters and three grandchildren and four step-grandchildren.  Susan is also a horse lover with a Quarter horse mare, Maggie Rose.

WHERE DO YOU GET YOUR IDEAS?

Inspiration and ideas are kind of two sides of the equation.  One needs to be inspired to write, but one needs ideas most of all.
Without one, there isn’t the other.

Ideas come through the front door and back; over the transom and through the windows.  I find them in my sleep, and in observing every day life.  BEAUTY was inspired by the fable of Beauty and Beast; HAWKES COVE by a true incident during WWII.  ONE GOOD DOG came about after a conversation with my agent who remarked that ‘dog stories’ were becoming popular.  Reading about the wonderful work of the K-9 Corp during wartime inspired A MAN OF HIS OWN.  THE DOG WHO SAVED ME was inspired in part by my own admiration for the hard and woefully undersung work of animal control officers in small towns.

The genesis of each book is unique.  The experience of writing it, a journey.

WHAT IS YOUR WRITING PROCESS?

This has to be the number 1 most frequently asked question and I guess that’s because the writing process is essentially invisible to the eye.  No one sees you write.  (The coffeeshop writer notwithstanding.)  We see mechanics tinker and plumbers plumb; doctors clearly ply their craft in full view of the patient.  Writers portrayed in movies and plays tend to look dedicated and focused, cigarette dangling, scotch glass near at hand.  Let’s face it, writing isn’t really a very visually dramatic undertaking.

The mechanics of writing are simply choosing what to write with, e.g. pen or word processor; what time of day works best, (for me, morning); how many cups of coffee does it take and how many words are required before the day’s work is considered done.

The process however, is a little harder to pinpoint.  Sometimes my process requires that I stare out the window, or file my nails, or sweep the floor (rarely).  It’s very much a stop and start thing, write a sentence, maybe two.  Think, go back over the sentences, think some more.  Wonder if another cup of coffee will help.  Delete the sentence.  Write two more.  Amaze myself!  Write to the end of the page.  Sip cold coffee.

Before all of that can happen, there needs to be an idea.  And from that idea, a rough suggestion of what the journey might look like for the characters.  I need to be flexible because the journey will change as the characters develop.  (See the FAQ about where the ideas come from.)

Every writer has a process and there is no magic formula suitable for everyone.  If you want to write, you need to find your own process.  The only hard and fast rule: sit down and write.  Nothing was ever accomplished by making sure all the pencils were sharp and lined up.

HOW LONG DOES IT TAKE YOU TO WRITE A BOOK?

I’m getting a little faster.  I’m pretty much able to get a good first draft done in nine months, with the next three to five months in revision with my agents and editor.  After the draft is ‘accepted’ it may be a year before it appears in print depending on the publisher’s schedule.  By that time, I’m hard at work on the next novel.

ARE ANY OF YOUR CHARACTERS BASED ON REAL PEOPLE?

All characters are based on real people, just not actual people.  By that I mean, the DNA that makes up an imaginary character comes from many sources–an overheard conversation, a compelling news story, vague memories, everyday experience, an awareness of human nature–all these elements go into the hopper and come out a fully realized character.  What I don’t consciously do is take people I know and use their personal stories in any specific way, with one exception that I will not reveal here because I’m 100% certain that person has no idea I’ve borrowed the framework of his story.

Writers are hyperaware noticers.  We notice the details in the way a mother wipes her child’s nose, or the way a frozen pond is bristly with marsh grass.  Or the fact a curtain the window of the reclusive neighbor’s house is suddenly pushed aside.  Noticing things comes naturally, and naturally we notice human beings.  With few exceptions, humans make up the stories we write and to make our characters more ‘real’ we embue them with mannerisms and quirks.

Someone asked me recently how I wrote my settings, if they were real, observed from life like a plein air artist might do, or wholly imaginary.  I was a little nonplussed.  The truth is, a little of both.  I invent places, and give them little details that ring true.  In the same way I might give a character a tic or mannerism, I give physical detail to invented places in order to make them feel real to the reader.  It’s all in the mind’s eye.  My descriptions must be vivid enough to create the imaginary world in the mind of the reader.

WERE YOU HAPPY THE WAY THAT HOLLYWOOD PRODUCED YOUR FIRST NOVEL, “BEAUTY”?

Actually, I was very pleased with the way CBS translated my book into film. So many times you hear of cinemutations, but in this case BEAUTY the movie was every bit as I had imagined BEAUTY the book.  The actors, especially Janine Turner, Jamey Sheridan and the late Hal Holbrook, fitted the characters so well, it couldn’t have been done any better. The best part was that they ended the story exactly where I had ended the book originally–before my editor at the time wanted a ‘less happy’ ending.  I felt incredibly validated.  Thank you for that question!

ARE YOU STILL WRITING? ALSO KNOWN AS THE HOW’S THE WRITING GOING QUESTION.

I think the answer to that is that I’m always in some part of the writing process.  Either I’m in the very early stage of pre-writing, that is, working out what the story is going to be; or, I’m in the groove, getting down my daily goal of 1,000 words.  Maybe I’m letting the work rest, like bread dough, with the themes and characters and plot problems rising until I punch it down and get into the revision process.  And then, once the full draft is written and submitted, there’s the corrections phase, where the whole thing is edited line by line until it is as pure and smooth as a marble statue.  Once a book is ready for publication, I’m usually at work on another one.

Is it is nice to take a break.  Everyone needs to recharge the batteries, and I do try to give myself a little time in between to do just that.  Go to the beach, travel somewhere, and, best of all read!

Readers are always welcome to use the contact form to comment, ask questions and get more insights into Susan’s writing process.