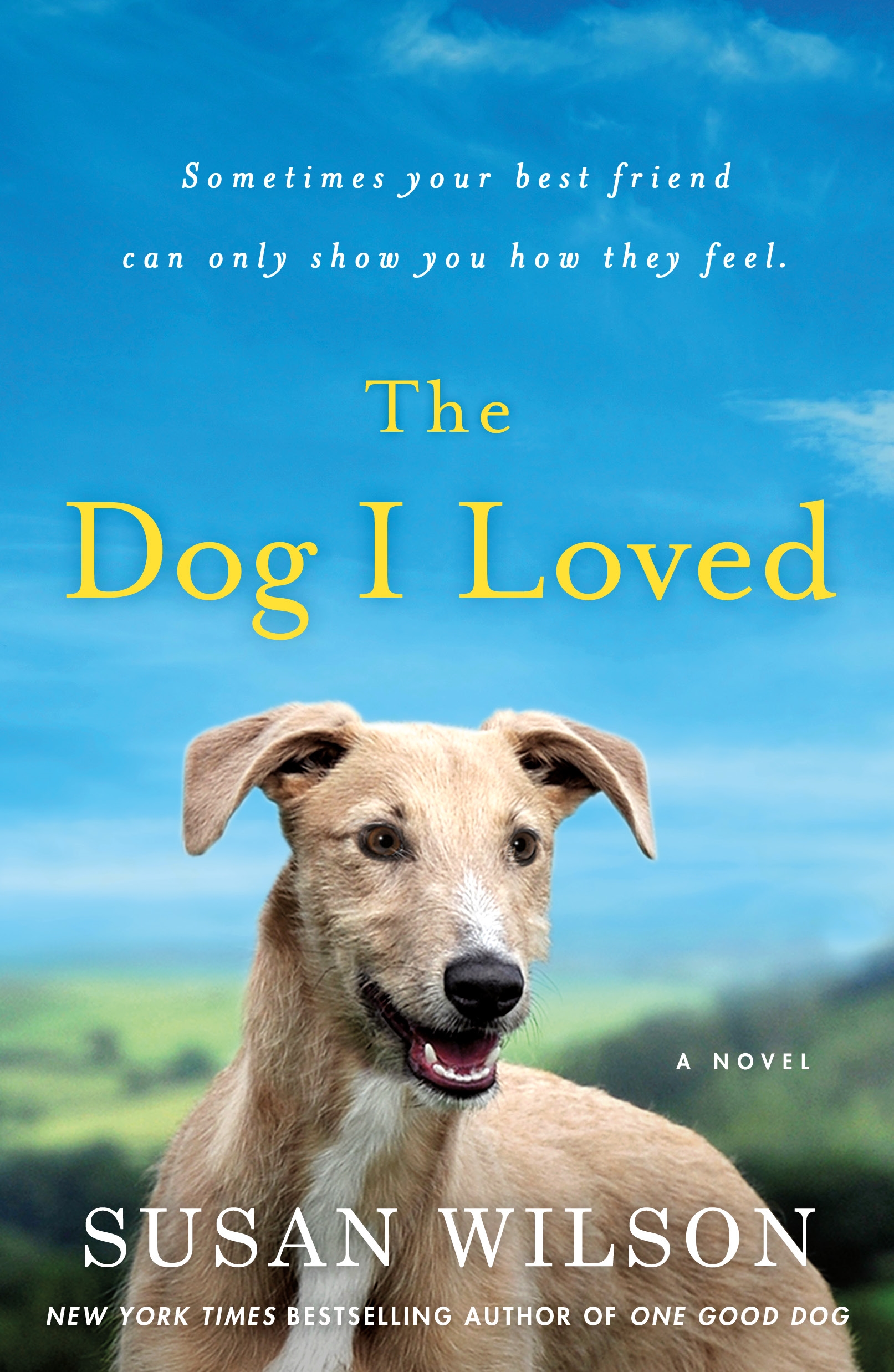 The Dog I Loved

After spending years in prison for a crime she didn’t intend to commit, Rose Collins is suddenly free. Someone who knows about the good work she has done, training therapy dogs while serving time, has arranged for her early release. This mysterious benefactor has even set her up with a job in the coastal Massachusetts community of Gloucester, on the edge of Dogtown, a place of legend and, for the first time since Rosie’s whole world came crashing down, hope. There she works to rebuild her life with the help of Shadow, a stray dog who appears one rainy night and refuses to leave Rose’s side.

Meghan Custer is a wheelchair-bound war veteran who used to be hopeless, too. Living at home with her devoted but stifling parents felt a lot like being in prison, in fact. But ever since she was matched with a service dog named Shark, who was trained in a puppy-to-prisoner rehabilitation program, Meghan has a brand new outlook. Finally, she can live on her own. Go to work. And maybe, with Shark by her side, even find love again.

Two strong women on a journey toward independence whose paths collide in extraordinary ways. Two dogs who somehow manage to save them both. A tale of survival and a testament to the human spirit, The Dog I Loved is an emotional and inspiring novel that no reader will soon forget.

A lovely review from…

The Dog I Loved.

Megan was on her third deployment to the Middle East when she was seriously wounded. After almost a year in VA hospitals, Megan is sent home in a wheelchair with the limited use of one hand. Rosie, a South Boston girl, planned on being a successful career woman, but one wrong man and one bad decision put her in prison with a 16-year sentence. When she joins a new program to train therapy dogs, Rosie finds a new sense of purpose, and when her first dog is matched to Megan, they find friendship. But their past mistakes may prevent new beginnings. Readers should be prepared for the unlimited joy and respect Wilson (Two Good Dogs, 2017) once again lavishes on canine kind, while human characters are given diverse and intricate backgrounds plus plenty of opportunity for emotional connections with two- and four-legged companions. Megan and Rosie’s story lines illuminate the lives of service animals, how they’re trained and the work they do. This is a great choice for book discussions, for readers looking for new (fictional) friends, and for tender-hearted dog lovers.

Ours have been watchers for generations.  We are the guards and keep our charges safe.  We never forget our purpose, our contract.  They need us, my kind, as they did in the ancient dark days.  They still do.  They are the lost, the friendless.  The grieving.  You’ve seen us, huddled beside the homeless, giving comfort to the unnerved, the ill.  We have done so for centuries.  Where we once guarded against predators, we now guard against loneliness.
We keep to the shadows until we are needed.

The judge gaveled her verdict and gray flooded my vision, as if a Technicolor world had reversed itself into black and white.  The gray shrouded me as I was led from the courtroom into a holding cell.  I don’t remember anything beyond being in that cell until the van that took me to Mid-state Women’s Correctional Facility drove through the high gates that would be my perimeter for however many years I would be incarcerated.  I had been sentenced to twenty years.  At my age, then just turned twenty-five, it might as well have been life.  The grayness that encompassed my vision was abetted by the grayscale of my environment, walls, floors, bars, even the stainless steel tables and tan chairs in the dining hall; the bland beige food.  The high windows, cross-hatched with wire, showed only the hazy dirty white of sky.  The only dash of color that broke through my clouded vision that first day was the bright red tie that Warden Hinckley wore against a dingy white shirt.

I was marched, hands and feet shackled—as if I was a danger to anyone—into the building, processed in every way as humiliating as possible, and then meekly followed my inmate guide to the cinderblock and steel space that would be my new home.  A set of bunk beds, a seat-less toilet/sink combination.  Two tiny three-drawer bureaus.  My cellmate—sorry, roommate, as in some arcane nod to civility our cells were always referred to as our rooms— wasn’t there but evidence of her presence was dense in that tiny space.  Crayon drawings taped to the walls, a single photograph of a curly-haired child.  A pervasive odor.  I sat on the edge of the lower bunk, and waited.
If my vision had become monochromatic, my hearing had gone dull.  The silence of submersion.  That’s what it felt like, being underwater.  This time my submersion might have been giving in to drowning.
The gray cloud that enveloped me darkened perceptibly.  My roommate had arrived.  Treena Bellaqua was a big woman, tattooed like a Fiji fisherman, and fifteen years my senior.  “Don’t talk to me, don’t look at me and don’t put your stuff anywhere near mine and we’ll get along.”  I’d had bad roommates before, and I should have tried to muster some spine in order to claim what should be mine, but that might prove to be futile and, frankly, dangerous.  Instinctively, I didn’t look her in the eyes.  I presented no challenge.  The fact was, I wasn’t up to any sort of challenge, I could hardly breathe, much less go toe to toe with Treena.  All I wanted was the quiet oblivion of elusive sleep.
“Get offa my bed.  You got the top.”
“I’m sorry.  I didn’t know.”
“That’s your one and I repeat, one, pass.  Next time, I won’t be so nice.”
Self preservation is involuntary, even in one so distraught by circumstances that the only imaginable release is self-destruction.  I meekly climbed up onto what would be my only oasis in a metal and cement jungle.

It wasn’t a predestined trajectory.  I was the good girl, the smart one, the hope of my parents, the only girl and the youngest of six.  I had the exquisite Communion dress, the tap dance lessons, the pink, pink, pink of my tiny bedroom, my bike, my dresses.  My mother indulged herself in creating out of my rough clay the girl child beloved of big Irish families.  Innocent; devoted.  Loyal.
No, I wasn’t the Collins destined for a life of crime.  Bobby was the one in our family voted most likely to end up in Walpole.  He, too, bucked our expectations and thumbed his nose at his past.  Instead of ending up behind bars, he ended up with an MBA.  I started off with a Seven Sisters education, and found myself on this very gray day being escorted into Mid-State Women’s Correctional Facility, convicted of murdering my fiancé—well, technically I was convicted of voluntary manslaughter, but when you’re sentenced to twenty years, why quibble about legal nomenclature?  I was behind bars.