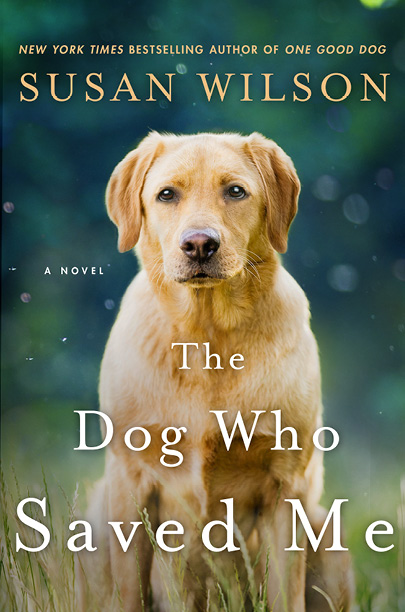 The Dog Who Saved Me

When offered the job of dog officer in the small town of Harmony Farms, Cooper Harrison has little choice but to accept. Unable to cope with the grief over losing his K-9 partner Argos in the line of duty, he’s not only given up his position on the Boston police force, but his wife has given up on him. Twenty years ago, Cooper left Harmony Farms, putting a safe distance between himself and the family history he still feels ashamed of–a father who was once the town drunk and a brother who outgrew juvenile delinquency to become a drug dealer.

Cooper does his job with deliberate detachment, refusing to get emotionally invested in another dog the way he had with Argos until he finds himself rescuing a traumatized dog gone feral.

Only by facing the past and his own trauma can Cooper finally move forward, with the help of a yellow dog.

When Lev Parker, Harmony Farm’s chief of police, called me the first time about the job as animal control officer, I was insulted  �there was no way I was going to return to Harmony Farms and certainly not to wear the uniform of a dog officer. I’d escaped from there long ago. The first in my family to go to college, Id lived in an overcrowded and rowdy apartment, attending a community college with a tuition I could afford on my own with the help of a part time job that filled every hour I wasnt in class or studying. I majored in criminal justice. That path led to acceptance in the police academy and, finally, the fulfillment of a dream, a position on the Boston police force. Id found my place, my niche, a purpose. That blue uniform I wore with pride. I had outgrown my past, my family history. On my rare trips back to Harmony Farms, I imagined that now people looked at me with a new respect.

Three times Lev called with the offer, each time modifying it with pot-sweetening. A little more money squeezed out of the finance committee, an almost new town vehicle, an assistant. Id be a dynamic part of his team.

Levs clumsy, I need a good man bullshit made it sound like I was the only ex-cop who could possibly do justice to the job of Animal Control Officer. I felt like I was a little kid getting picked last for the basketball team. Or, worse, what he was offering to me was a handout. A pity play. I knew I wasnt fit for duty, at least not any real police duty; even though my own physical injuries had begun to heal, my psychic injuries had festered. Maybe that’s all I was good for, scraping up road kill, getting cats out of trees. At least no one gets killed in a job like that, nobody expects you to be brave. I would have no emotional attachment to the animals I encountered. Even at six months, I wasn’t at a distant enough remove to believe that I could ever attach myself to another dog. The idea of partnering again with a canine was out of the question. Is out of the question.

I know Lev didn’t look at it that way, that he was tossing me a bone, at least I don’t think he did. His point of view was that he had an opening and, clearly, I needed a job. I’d quit the force, tendering my resignation with relief. Maybe relief isn’t the right word, more like capitulation. I’d given in to the overwhelming consequences of my loss. I was incapable of climbing out of the pit of despair that I had been blown into on that night in January.

“Cooper, with your experience, you’d be a real asset to me.”
“I was part of a K-9 unit, not a dog catcher.”
“But you know dogs.”
“I knew one dog.” Argos. My German shepherd. No, the Boston PD’s shepherd. My partner. For months I’d been mourning his loss and my inability to put what happened into its proper compartment and get on with my life had made me vulnerable to losing control of everything else in my life.

The animal control job was a one-year contract. Temporary, a stopgap Lev said, while I got better. Even so, I resisted the urge to hang up on the man who had once been a good friend, resenting both the suggestion that I might be interested in such a job and the barely disguised pity with which it was offered. “I know this is hard for you, Coop, but I really do need a good man in the position. The applicant pool around here is pretty shallow. The only other guy is a preppy grad student our first selectman is pushing on me. I thought of you because..”

I cut him off. I didn’t want to hear his justifications. “You of all people know why I don’t want to come back.”

“It’s history, man. Ancient history. There are so many new people around here, they don’t even know who Bull is.”

“It’s not just Bull, and you know it. I’ve spent two decades on the other side of the law from my brother. We Harrisons don’t have a sterling reputation in this town.”

“Harrison is pretty common name, and Jimmy’s not around anyway. Hasn’t been for years.” As well I knew. My older brother was incarcerated in the prison at Walpole. In the eleventh year of his twelve year sentence for drug trafficking.

Lev’s words might, once again, have fallen on my literally deaf ear, but they came just when my wife Gayle had had enough. It was when Gayle broke it to me that she wanted me out of the house, she couldn’t take what she called my ‘moods’ anymore, that I finally listened to what my old basketball teammate had to say.